← more from
Swedish Columbia
Get fresh music recommendations delivered to your inbox every Friday. 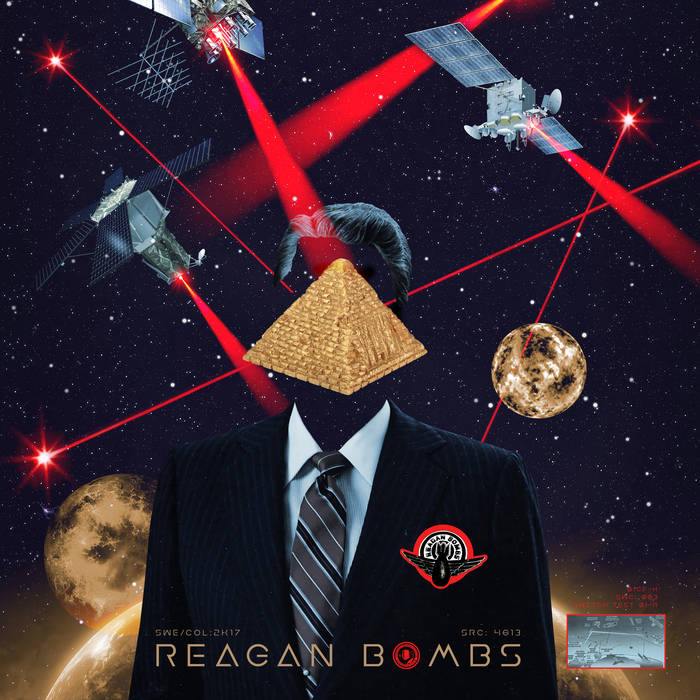 mistah-therion I absolutely love the samples used on this album, this song is my favorite so far. I found this cassette at a record store in Vegas brand new still sealed. One look at the cover and I knew it was going to be good, but i had no clue it would be this good! This band has another fan in me, probably for good. Favorite track: Chuckin.

alien_ken A really amazing album from such amazing artists! I can't wait until the casette arives! Favorite track: Wind Me Up.

"One of the most creative albums of the year is also one of the best." — Matteo Urella (Medium)

"In maybe understanding best how go-go and #newDC can best uniquely commingle, Reagan Bombs’ sound is undoubtedly important and demands both hearing and dancing.”— One Love Massive

"What’s even more intriguing about Reagan Bombs is that they don’t go about recording their music normally. Tracks are built using samples of other live musicians and using contrasting sources to conceive dazzling tunes. Sounds found from various outlets, interview snippets, and classic VHS tapes are just some of Reagan Bombs tools." — GhettoBlaster Magazine

Reagan Bombs is composed of noted DJ/Producer Tittsworth (who has worked with such artists as Q-Tip, Theophilus London, Kid Sister and Pitbull) and DJ/Screenwriter Scott Sanders (Black Dynamite, Thick As Thieves). Linking up in Los Angeles, Reagan Bombs is centered on a life long love for their hometown’s regional brand of percussive funk known as Go-Go music. However instead of using a full live band, Reagan Bombs build their tracks using samples from disparate sources (including found sounds, interview snippets and obscure VHS tapes) as well as sampling live musicians.

Shelby Cinca:
Guitars on Wind Me Up & Red Thumb, Bass on Red Thumb

Bandcamp Daily  your guide to the world of Bandcamp

Bonobo stops by to talk about his new record Fragments